On the morning of December 7, 2018, the Department of Eco-Environmental Response to Climate Change, the National Climate Change Strategy Research and International Cooperation Center (NCSC), the American Association for Sustainable Development (ISC) and the Energy Foundation (EFC) in Katowi The United Nations Climate Change Conference (COP24) co-sponsored the “Local Action on Climate Change” side event to showcase China’s local efforts and achievements in tackling climate change.

Professor Jian Kun, deputy director of the National Expert Committee on Climate Change and the academic committee of the Institute of Climate Change and Sustainable Development of Tsinghua University, pointed out that local and urban areas should be guided by Xi Jinping’s ecological civilization and be in line with the goal of socialist modernization in the new era. Development and climate change to achieve net zero emissions or “carbon neutrality” as a long-term goal to promote a green and low carbon transformation of energy and the economy.

Dr. Pan Tao, Technical Director of ISC City Project, took the example of supporting Hunan Province to carry out the research on the peak road map of Changsha, Zhuzhou and Xiangtan cities, and shared the experience of ISC from the perspective of how international organizations can help promote the low carbon transformation of Chinese cities. ISC emphasizes that Dafeng research should be based on scientific and rigorous data and analysis to promote Dafeng investment and project landing, and provide decision support for urban peak and low carbon transformation.

In the past ten years, China’s low-carbon provinces, low-carbon industrial parks, low-carbon cities (towns), low-carbon communities, climate-adapted cities and other pilot projects in the field of climate change have formed a number of replicable , can be promoted experience. ISC hopes to continue to cooperate with all parties and use international and domestic platforms to share the story of China in a peer-to-peer manner and help China play a global role in tackling climate change. 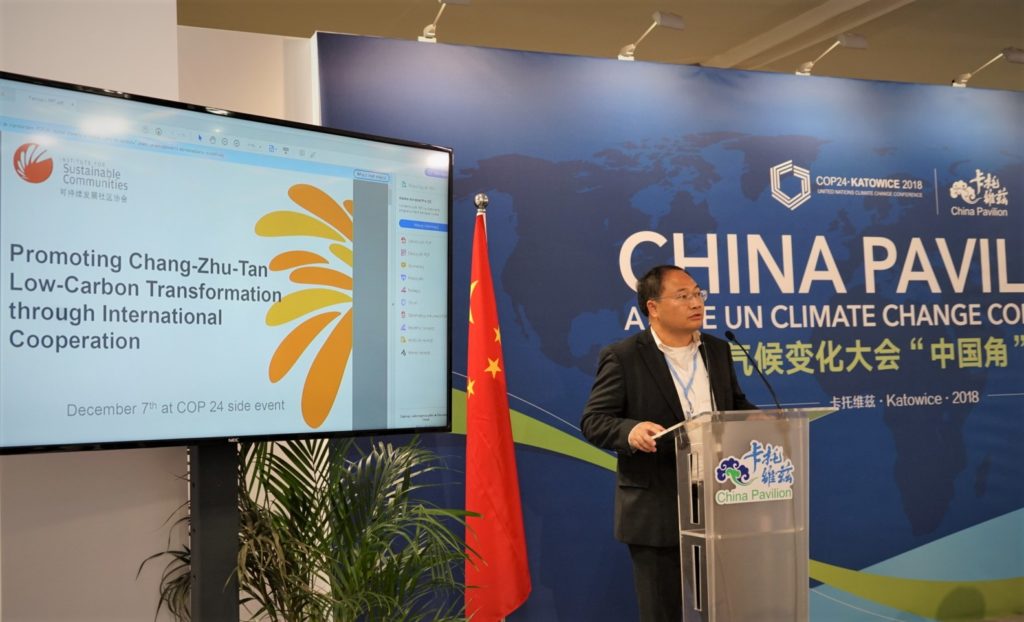